Camerata Salzburg on tour in Italy with Viviane Hagner in Naples, Modena & Bologna.

Alexander Buzlov performing Dvořák with Northern Sinfonia under the baton of Julian Rachlin.

We would like to wish all our partners, artists and colleagues a Happy New Year 2020!

Performing Elgar VC with Staatskapelle Berlin under the baton of Lahav Shani on 13th & 14th!

We would like to wish all our partners, artists and colleagues a Merry Christmas and a Happy New Year 2020!

Ronald Brautigam performing Beethoven on fortepiano to a reading of Franzobel at Konzerthaus Vienna on December 11th!

Announced as Musical America Worldwide 2020 "Ensemble of the Year"!

Announced as Musical America Worldwide 2020 "Instrumentalist of the Year"!

Appears again in Hohenems at the Schubertiade!

Multi award-winning violinist judged by The Strad to be “technically impeccable” performing Beethoven with Bournemouth Symphony conducted by Marta Gardolinska.

One of the "outstanding chamber music formations of the present day" gives it’s Brucknerhaus début at the Brucknerfest Linz!

Attersee Klassik presents the leading Italian string quartet of our times in a program of summerly Boccherini, Verdi & Beethoven!

Azis Sadikovic will be conducting for a further time the Bayreuther Festspiele - Bayreuth Festival's "Wagner for Children" production of "Die Meistersinger von Nürnberg", which will premiere on Thursday 25 July!

Cathy Krier performs a recital at Festival of Polish Music on July 19th in Cracow with works by Chopin, Zarebski and Szymanowski!

Gerrit Prießnitz conducting the world premiere of “Je suis Jacques” on the occasion of the 200th birthday of Jacques Offenbach at Cologne Opera, an “Offenbachiade” by renowned opera director Christian von Götz.

This innovative trio performs in Klosterneuburg their eclectic “La Creatión” from Monteverdi to villa Lobos! Don’t miss it!

2nd Prize winner of the “Maestro Solti International Conducting Competition” in Pécs leads the Hungarian Györ Philharmonic Orchestra in Richter Hall on 23 & 24 May in two different colorful programs. Your chance to hear this gifted young conductor!

Outstanding pianist Cathy Krier performs in “Funeral Blues” at Théâtre des Bouffes du Nord Paris between 24-27 April, which is based on the poetry of W.H.Auden and the music of Benjamin Britten! A fusion of music, text and stage – not to be missed!

The outstanding early-music ensemble performing Joseph-Hector Fiocco’s “Lamentations of the Prophet Jeremiah” at the Easter Festival Hall in Tirol on April 17th! A rarity hardly ever performed.

Highlights of March in Linz with  Wanderer Trio & casalQuartett & Warschau with Ronald Brautigam!

We are delighted to welcome the Viennese Auner Quartett in General Management and Diego Naser for Austrian and Eastern Europe representation!

Alissa Margulis performs in the "Great Talent" cycle at the Musikverein für Steiermark (Graz)! Musical excellence at a young age: The initiative Great Talent is dedicated to the promotion of young, already established artists and supports them on the last step to international success. This promising cooperation also builds bridges between two of Austria's leading concert halls (Graz & Vienna Konzerthaus).

We would like to wish all our partners, artists and colleagues a Happy New Year 2019!

Three premieres!:
Linz:
Maestro Thomas Sanderling conducts the European premiere of Karl Weigl’s “Apocalyptic” Symphony Nr. 5 and the Austrian first performance of “Genesis Suite” with Bruckner Orchestra Linz and a stellar cast in Brucknerhaus Linz on January 27th in commemoration of the International Memorial Day of victims of the Holocaust.
Berlin:
Thomas Sanderling together with the Konzerthaus Orchestra Berlin gives the western European premiere of Mieczysław Weinberg's Symphony No. 22 op. 154, his last symphony, which remained unfinished and was orchestrated by Kirill Umansky in 2003.

Indonesian-American Wilson Hermanto conducts The Mariinsky Orchestra at the Mariinsky Theatre on January 18th in a program of Tschaikovsky, Sibelius & Franck.

Sabine Liebner's new Stockhausen album further chosen for the AllMusic Favourite Classical Instrumental Albums of 2018 and among the "Top 5" on Culture Spot LA!

We would like to wish all our partners, artists and colleagues a Merry Christmas and a Happy New Year 2019!

Our new quartet performs as part of the “Série jeunes” at Tonhalle Maag Zürich on December 17th!

The expert for contemporary music performs works of John Cage in different coffee houses in Vienna as part of the Wien Modern festival: On October 30th at Café Ritter, on November 2nd at Restaurant Frau Mayer, 24th at Café Prückel, 26th at Ungar Grill and on 27th at Café Zweistern.

Renowned pianist Nicolas Hodges performs at prestigious Lucerne Festival on November 24th . From 25th to 27th he will work through selected piano pieces from the 20th and 21st centuries with students in a public master class.

Azis Sadikovic, 2nd prize winner of the Maestro Solti International Conducting Competition 2017 and winner of its “Special Prize”, conducts Danubia Orchestra Obuda on October 18th and 19th as part of his prize.

Under the baton of maestro John Axelrod the Prague Radio Symphony Orchestra, the Czech Philharmonic Choir of Brno and famous soprano Chen Reiss perform at the Bernstein and Mahler Gala on October 1st.

Nils Mönkemeyer celebrated his debut at Schubertiade in 2014. After several returns since then he is back again with Julia Fischer and Daniel Müller-Schott in Schwarzenberg on 1st of September. The trio performs music by Bohuslav Martinu and Franz Schubert.

Quartetto di Cremona performs the Prélude - Concert at Grafenegg on 2nd of Septmenber on the “Paganini-Quartet” of Stradivaris recently loaned by the Nippon Foundation. Don’t miss it!

Beethovenfest Bonn takes place from 31st of August to 23rd of September. On 6th of September pianist Marino Formenti performs under the baton of Stefan Asbury together with MDR Sinfonieorchester works by Bernhard Lang, Ludwig van Beethoven and Richard Strauß. In an interview he talked about the worldpremiere of “Monadologie XXXIV... “loops for Ludvik”” and the relation to Beethovens work.

Ben Kim is in Hong Kong to perform under the baton of James MacMillan and Hong Kong Sinfonietta on 8th of September.

Organist Olivier Vernet performs two times in Metz!  First the apéro-concert on 13th of September and secondly the opening concert with Orchestre National de Metz on 14th of September.

Dina Ugorskaja gives two concerts with Kammerphilharmonie Amadé in St. Blasien on 21rst and in Oettingen on 22nd of September. 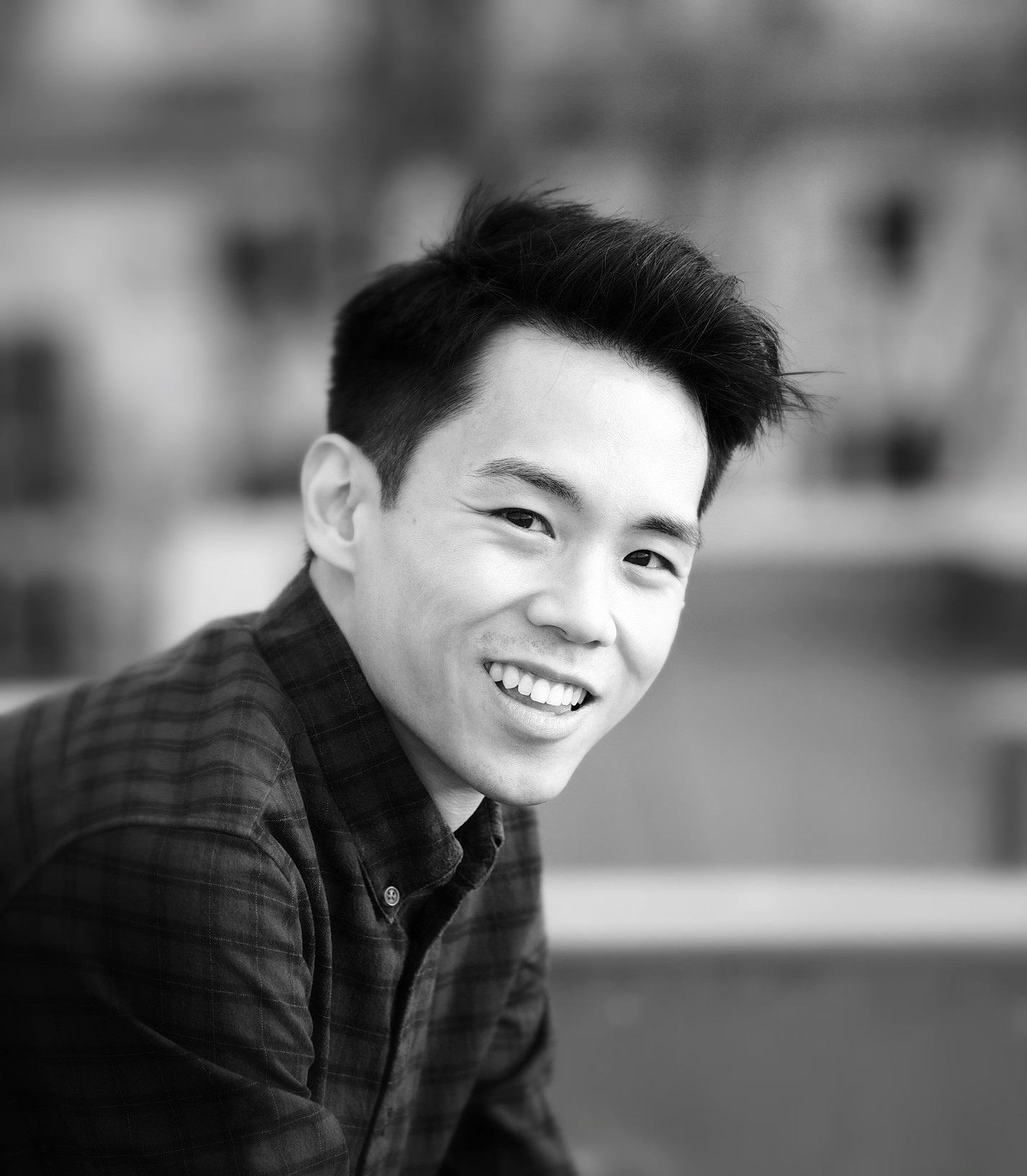 Together with the Haller Streicherey, a baroque string orchestra with young musicians, Ensemble Diderot performs at August 26th at the Innsbrucker Festwochen der Alten Musik.

Busy festival summer for the award-winning quartet, as they play at Grafenegg Festival on August 26th, at Rheingau Festival on 28th and at Festspiele Mecklenburg-Vorpommern on 29th and 30th.

Happy Birthday Pinchas Zukerman! A few days after his 70th birthday, the legendary violinist performs at the closing concert of the Ludwigsburger Schlossfestspiele on July 21st .

The exciting and innovative pianist performs works of Galina Ustwolskaja on July 23rd as part of the Salzburger Festspiele.

Due to their fantastic performance last year, the Katona Twins were invited again at Rheingau Musik Festival on July 8th.

The aspiring and unique Trio KlaViS performs in Klagenfurt on July 7th and in Stadtlohn on July 8th.

Maestro Azis Sadikovic conducts the Wiener KammerOrchester at the Life + Celebration Concert on June 1st, where national and international stars of the opera and theater world come together on the stage of Vienna’s Burgtheater.

One of the most exciting orchestras in Scandinavia performs at Musikverein Vienna on June 10th.

Maestro Gerrit Prießnitz conducts Dortmunder Philharmoniker on June 25th in a concert with music of the Viennese Classic!

The rousing trio performs twice at the festival “Kissinger Sommer” on June 23rd and 28th!

We are delighted to announce the General Management worldwide of Maestro Gerrit Prießnitz.

We further welcome conductor Azis Sadikovic in General Management and look forward to the new collaboration!

After an extraordinary career Karóly Schranz, second founder violinist of Takács Quartet, retires on 30th of April. Harumi Rhodes accedes to his position and in this new, exciting formation Takács Quartet will perform in the well known manner of perfection at Musikverein Vienna on 17th of May.

e wonderful pianist will perform concerts in Meran and Münsterlingen in May.

Under the baton of Günter Neuhold Simon Höfele (trumpet), Michaela Maria Mayer (soprano) and Staatsphilharmonie Nürnberg will perform the 6th philharmonic concert at Meistersingerhalle Nürnberg on 17th of May.

Before the successful quartet heads to China and Japan in June, there are Haydn, Mendelssohn, Mozart and Beethoven to be heard: Ludwigsburger Schlossfestspiele, Wigmore Hall and Concertgebouw are on the calendar.

Do not miss the fantastic early-music ensemble, giving their debut at Konzerthaus Wien on April 9th with works of M. Marais, F. Couperin and many more!

Outstanding pianist Cathy Krier performs three times in April: On 13th and 14th, she performs “Amadeus Live”, a Ciné-concert, at Philharmonie Luxemburg and on 27th she performs G. Ligetys Etudes for Solo Piano at The British Museum London.

The magnificent Harp-Clarinet Duo performs works of Schumann and Schubert in Fellheim, Germany, on 13th of April.

We would like to wish all our partners, artists and colleagues a happy Easter and sunny holidays!

Sebastian Manz and Ramón Ortega Quero perform together with their Variation 5 quintet on March 6th at Konzerthaus Wien.

The versatile musician performs “Mad Bob”, a composition, improvisation and interpretation based on fragments and sketches of Robert Schumann (first performance!) at Minoritenkirche Krems on March 30th!

Pianist Polina Leschenko performs at Wiener Konzerthaus on the 12th of February. Together with violonist Patricia Kopatchinskaja she interprets works of Schnittke and Poulenc as well as of Mozart, Kúrtag and Enesco in the intimate setting of chamber music.

The virtuoso Swiss musician performs with the original sound ensemble from Pisa under the baton of Marcello di Lisa at Herkulessaal in Residenz München. Italian Masterpieces of the 18th century like Scarlattis Concerto grosso, symphonies by Albinoni, as well famous works by Vivaldi as rarities by Domenico Sarro can be heard on the 20th of February.

In February pianist Nicolas Hodges is represented with different programs in Spain. First with Orquesta Nacional de Espana and works by Mauricio Sotelo and Anton Bruckner followed by a concert at Fundación Juan March under the title „Oriente en las vanguardias“. The Wednesday Series are also available as streaming via Canal March!

We would like to wish all our partners, artists and colleagues a Happy New Year 2018!

The „Paganini of the 20th Century“ performs at Musikverein Graz on January 31st!